Home > About > The wine estates

Villa Alvor is a project of Aveleda, one of the most important portuguese wine companies, founded in 1870 on the Demarcated Region of the Green Wines. They arrived to the Algarve in 2019, starting to operate the vineyards and winery where before were made the wines of Quinta do Morgado da Torre, a hystorical winery in the Algarve founded in 1999 in this property that is in the family since 1865, being allways producers of grapes. It was the first property producing certified farm wines after the touristic expansion of the 20th century that took many vineyards, leaded to the closing of all the wineries and almost ceased the local wine production. It is because of that a symbol of the rebirth of the wine production in the Algarve that is happening in the last 2 decades. Located in the northern área of Portimão, in between the big mountains of Monchique and the ocean, it is also possible to see in this large property  other cultures like orange and cork trees

Located north Portimão, already on Silves county. It's an exclusive wine farm production, the one located most north in the region, right on the beginning of the Monchique Mountains. Owned by a portuguese-french couple that met at Bordeaux, where he was born and grew up surroundend by the influence of wine. They moved in the region at the beginning of the century to start this project from zero. In the sunning slopes of Odelouca River Vlley, they planted their vineyard and built their small but well equiped winery, that also hosts a tasting room, barrels room and laboratory.

João Maria Alves, better known as João Clara, bought this property located in the south of Silves in the 70’s and planted the first vineyards. The production of their own wines had its debut in 2006. Today the property is runed by Edite Alves and daugthers after her husband’s early pass away in 2008. The property has 14 Ha of vineyards as well as cultures of figs, almonds and carobs, 3 of the most traditional cultures of the Algarve. In 2020, and after years renting space in other’s wineries to make their wines, they finnished  their own new, modern and well equiped winery, one of the desires of the founder. 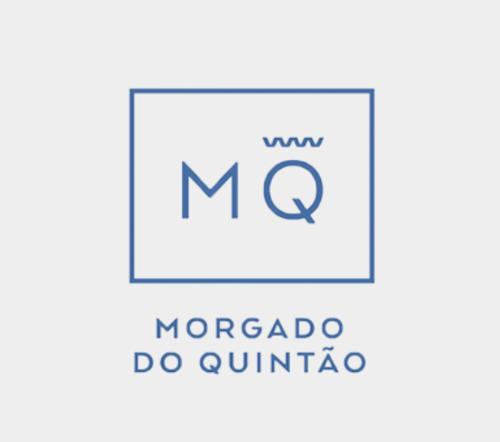 João It is a property located between Silves and Lagoa founded in 1810 by the Count of Silves and still in the family. Here we can see the heritage of the tradition present in some of the oldest vineyards of the Algarve, but also in the other cultures like the old olive tree (the oldest with 2000 years) the old olive oil lagar, the traditional houses that are today used to host guests. The grapes were allways a tradition here and recently the property started the production of their own wines.

Located south Silves. It's a familiar wine farm production, Since a long time cultivators of grapes, in the first decade of this century they decided to start their own wine project, replanting the vineyards and starting to make their own wines, the firsts in 2007. The project grew up and in 2016 they inaugurated a new modern winery, equiped with a wonderful tasting room, laboratory and controlled temperature barrels room, where today they also host six other small producers of the region.

Quinta do Convento do Paraíso

Located in front of the town of Silves, this is a old and very exclusive family property. In the first decade of this century, the family that currently owns it decided to invest in the production of quality wines. They established partnership with a company called "Garrrafeira Soares", that owns the wine estate Herdade da Malhadinha Nova, located in Alentejo, which are in charge of managing the vineyards and producing the wines. The winery is a beautiful traditional building that has side to side modern technology and things like ancient mills used to footpress grapes. the tasting room and shop is a silo used to store cereals in the past.

Located in Albernôa (close to Beja), one of a few locatios in the the Alentejo where is possible to find several wine estates. Alentejo is a  region with very old traditions in wine and in the last decades became th largest wine region of Portugal. These two wineries are very well known in the portuguese panorama of wines. Herdade dos Grous is property of the Vila Vita Luxury Hotels Group, here are visited the vineyards, complet cellar facilities (including laboratory and barrels room). Herdade da Malhadinha Nova welcomes people with a jeep to start the tour driving around the property for a show of their different productions. Then all the cellar facilities are also visited.